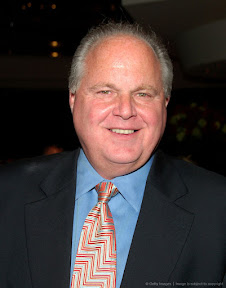 It was 1995 and I was in Dallas Texas. I was staying at the Anatole hotel which had been built to accomodate the GOP Convention in the past. I was there to attend meetings on a new pharmaceutical agent called Lamictal, which our sales force was being introduced to. We were going to co-promote the product with Burroughs Wellcome to the U S medical population. Looking back over time, our sales division is now gone as well as BW having been sold to other big pharma players.

Extending my hand I introduced myself to him. I told him I was from Tallahassee, Florida and never missed a moment of his daily program. I even watched him om TV. He smiled and immediately engaged with me. He asked me how living in Tallahassee was. I told him how great it was and that I never wanted to live anywhere else. He then asked what brought me to Dallas. I told him. He asked for the name of the new legend drug and what it was to be used for. I shared that information with him as he pulled out a little notebook and a pen and wrote down the information. He then told me that he was about to be introduced to a group inside his meeting room, that it was nice to meet me and good luck on the product launch. He disppeared and I was so happy that I had gone across the way to shake hands with the legendary Rush Limbaugh. He  truly was one of the nicest people I had ever met.

I had discovered him a couple of years prior while riding around in my company car trying to be places to peddle my wares to medical practioners. He was usually found on the AM dials but also frequented a few FM stations. He was the father of conservative talk radio. His delivery was entertaining and delightful. His ideas resonated with fellow conservatives. He was not afraid to say what was on his mind. I was immediately addicted to his pronouncements. He delivered his message in an unadulterated, unapologetic way. He was bold in doing so. I found his program unique and refreshing and creative. He was not afraid to step on your toes, to challenge your beliefs. His parodies and his style were straight out of central production. Excellence in Broadcasting. The EIB virus was about to inflict you. Talent on loan from God. Taking on the other side with half his brain tied behind his back. He was funny and serious.

I was home one day and had just watched his TV show. My wife Nancy had brought to light some chore I was to have accomplished and as usual had neglected it. I was bold enough to talk back to her. Our Emily, about 9 years old at the time said to her Mother, " He has been watching Rush. He is always obnoxious after he listens to Rush."

I smiled to myself, taken aback by this child that I loved. Later on I became deflected by other pursuits and listend to him less and less. Occassionally I dropped in to visit him and see what he was talking about.

I will always remember how kind and engaging he was to me that day in Dallas.

Thanks for writing about "El Rushbo" Lee. Man, I really miss his voice and how he always cut through the media fog to the heart of matters.